The Archaeological Museum of Ioannina is located at Litharitsia and was built between 1963 and 1966 by the architect Aris Konstantinidis. It was first opened to the public on 1 August 1970. 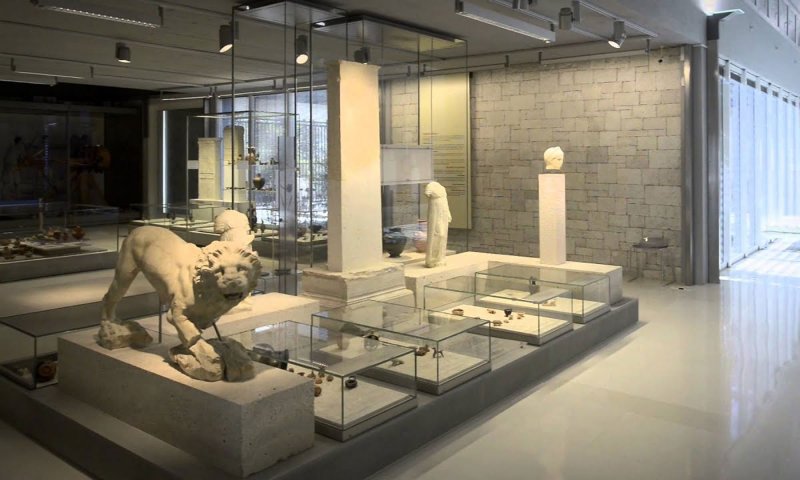 A gem of the city of Ioannina, a place of culture where 3,000 findings are presented according to the latest museographic concepts and offer the visitor the opportunity to observe the historical course of man in Epirus since his first appearance in the Lower Palaeolithic era 250,000 years ago, until late Roman times.

Museum collections are developed in seven rooms, the main corridor and three atriums, on a total area of ​​1,200 sq.m. Particular emphasis is given to the findings from the temple of Dodoni, which are exhibited in a hall devoted exclusively to one of the greatest divination of the Greek world.

More specifically, the thematic units are distributed in the exhibition areas as follows: